Defining the Resolution of a Crimson Frame

Jokes on resolutions of digital outputs like 1080p or 4K aside, the Hi-Resolution Model line (Henceforth referred to as HiRM) of Bandai’s successful Gunpla model kits is one of the newest entry in the 1/100 scale, introduced back in late spring of 2016.

The HiRM line comes with a pre-assembled inner frame complete with die-cast parts, much like a ready-made action figure similar to Metal Build, but also include runners of the outer armour for Gunpla builders to work on, much like any other kits. As such HiRM can be categorised as a tween of action figure and a kit, albeit with a higher price range than the usual Gunpla kits available around…

The first 2 entries to the line, Gundam Barbatos and Wing Gundam Zero Custom, drew a slew of criticism due to the looseness and brittleness of the outer armour pieces, most likely due to separate production process of the inner frame assembled in China while the runner produced in Japan, causing incompatibility between the two. 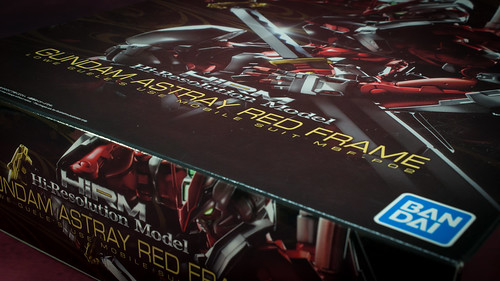 However, the 3rd entry to the series, the HiRM Astray Red Frame, pretty much rectified many of the flaws present in the previous entries, slowly gaining praises and renewed interests from builders all around.

When first announced, many builders including myself condemned the idea of a super-buffed Astray, due to its overall design getting a lot of beefy parts, along with more muscle mass added to the inner frame. It appears the design principal of the kit is based upon accurate depictions of how muscle move around on a human body.

As time went by, I’m beginning to accept the HiRM line as it is, an alternate depiction of your standard design that amplifies the beauty of the original. Although the original design of a Gundam Astray is supposed to be a barely armoured unit with agility boosted to the extreme, the idea of it being a down-to-earth, highly skilled and experienced samurai in Mobile Suit form, is a welcome thought.

END_OF_DOCUMENT_TOKEN_TO_BE_REPLACED

Illuminating a Celestial Being

Finally, the moment we’ve been waiting for, to release the GN Particles within Gundam Exia!

As mentioned in earlier posts, instead of directly purchasing the Lighting Model which costs an arm and a leg (Literally Exia’s arm and leg, as it costs about one-third more of Exia basic kit’s pricing… :3c), I opted to get the regular release of the plastic model kit. 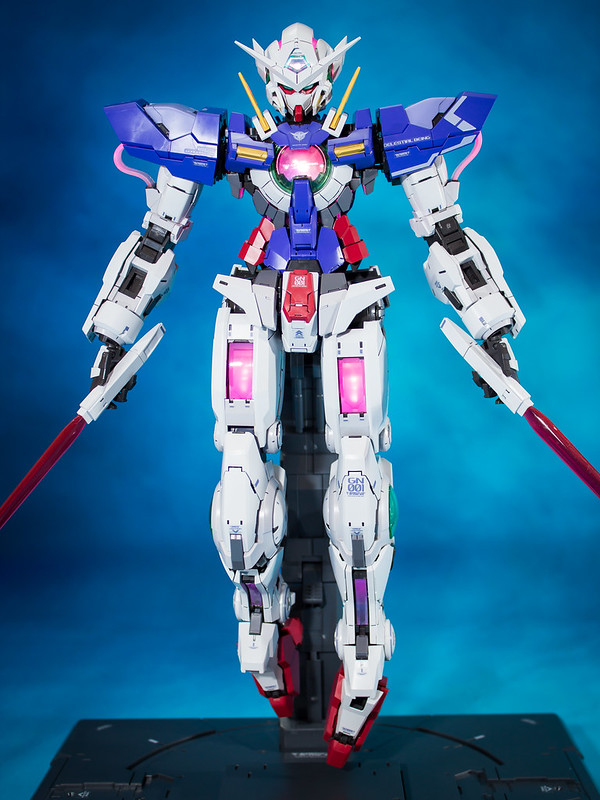 The L.E.D. unit used for the gunpla was bought separately from a third-party company called Mo Jiang Hun (MJH), of which the pricing is about one-seventh of the basic kit’s pricing…

While not as eye-catching as in the dark, activating the light-up gimmick in a bright area still manages to produce enough illumination as the L.E.D. themselves are quite powerful.

END_OF_DOCUMENT_TOKEN_TO_BE_REPLACED

Arming a Celestial Being

Aside from the main Mobile Suit itself, Exia comes with a number of weaponry and accessories, including a huge display stand similar to that of Unicorn Gundam’s but fully clad in a much more complex design of various mechanical details. 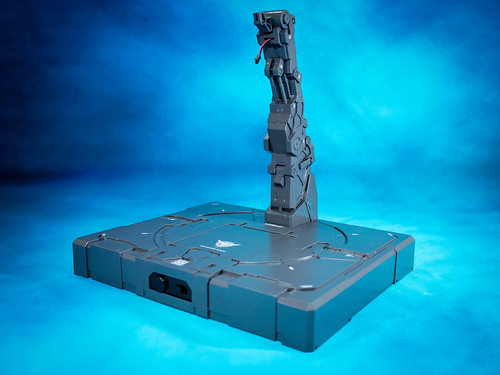 This display stand is probably the most important accessory for Exia, as it houses the L.E.D. unit and wiring needed to fully realise the light-up gimmick.

END_OF_DOCUMENT_TOKEN_TO_BE_REPLACED

Armouring a Celestial Being 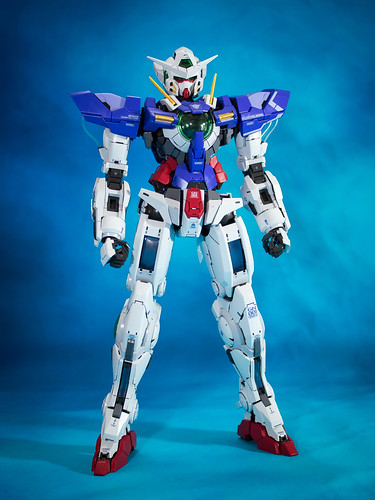 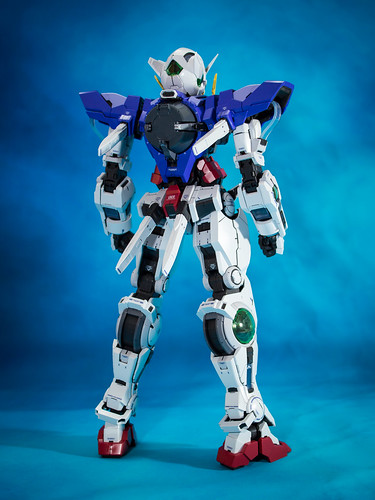 You may notice that I intentionally left out the GN Drive and opted instead to use the grey plug-in its intended slot. It was due to the connection between the GN Drive and Exia’s slot is unusually tight that it was a hassle to install and unload it in between photo shots. ^^;

Anyway, the GN Drive will be showcased in my next post focusing on Exia’s accessories…

END_OF_DOCUMENT_TOKEN_TO_BE_REPLACED

Framing a Celestial Being

Released back during the holiday season last year, the 1/60 scaled GN-001 Gundam Exia is the latest in the long line of Bandai’s Perfect Grade Gunpla kits.

Announced as part of the Mobile Suit Gundam 00 10th anniversary project, the Gunpla have two slightly different versions on sale on the market: The Lighting version, which has the L.E.D. unit for Exia’s Aurora Luminescence gimmick, similar to the Psycho Frame gimmick of the Perfect Grade 1/60 scaled RX-0 Unicorn Gundam; The regular release, which is essentially the same kit but without the L.E.D. unit. 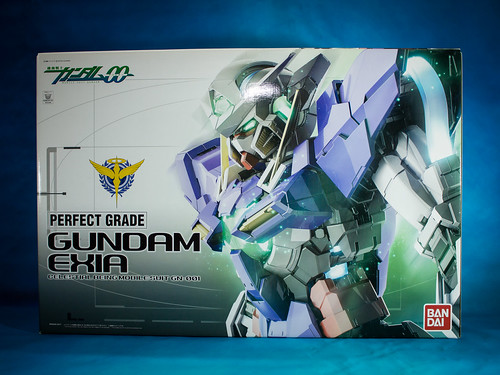 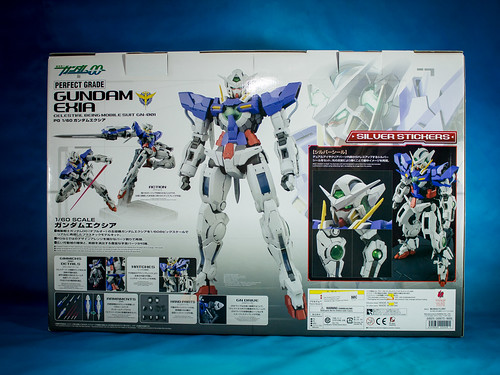 Initially not interested due to the hefty price tag of the Lighting version, which unlike PG Unicorn’s L.E.D. unit that was sold separately from the Gunpla itself, it wasn’t until I’ve learned of a 3rd party L.E.D. unit being released by Mo Jiang Hun (模匠魂/MJH) a few months later that it reignited my interest in getting the Perfect Grade.